Stephen Sondheim and Hugh Wheeler’s chilling, suspenseful, heart-pounding masterpiece of murderous barber-ism and culinary crime tells the infamous tale of the unjustly exiled barber who returns to 19th century London seeking revenge against the lecherous judge who framed him and ravaged his young wife. His thirst for blood soon expands to include his unfortunate customers, and the resourceful Mrs. Lovett, the owner of the pie shop downstairs, soon has the people of London lining up in droves to try her mysterious new meat pies! 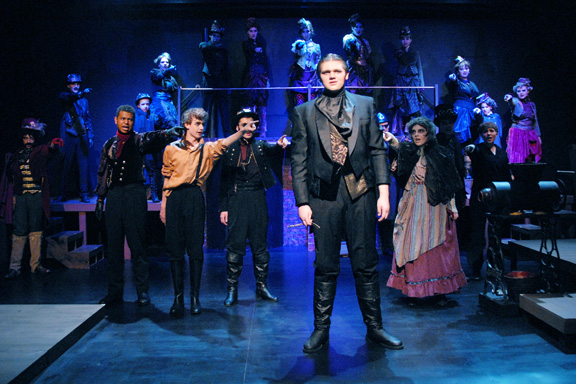